What’s New In The Flutter 2.8 Version?

Google has announced the latest version of Flutter – Flutter 2.8, as a wonderful offering to its loyal user community. There are newer features and updates that it brings along. It will be an effective experience for web developers and mobile developers to leverage these features into their programming world.

Flutter 2.8, released on December 8, 2021, is the latest version of the organization’s cross-platform, open-source toolkit to create mobile, web, and desktop applications. Before we have a look at the key features and updates of Flutter 2.8, let us glance through what Flutter is.

Powered by the global giant Google, Flutter has been a popular UI framework to create flexible, native-like, and cross-platform apps for the mobile, web, and desktop with the help of a singular codebase. It is known for its flexible and creative designs, widgets, native performance, and quick rendering.

Organizations like Alibaba, Hamilton Musical, Hookle, BMW, Google Pay, ByteDance etc. have been making the most of this popular technology – Flutter.

Key Features and Updates in the Latest Version – Flutter 2.8

The latest Flutter 2.8 has come up with a variety of newer features that offer a great upgrade to the current framework. Let us have a look at them:

Flutter 2.8 has emphasized the point that Flutter is not only meant for app development; it is also for quick game development. Here comes Flame 1.0, a game engine that creates a variety of games and runs on top of Flutter. It has a component system with collision detection, world camera, gesture/input support, images, animations, etc. It also has bridge packages for better integration and connection with libraries.

Enhancements in Flutter DevTools and a New ‘Enhance Tracing’ Feature

The family of Flutter DevTools are getting better updates that will assist in profiling the application performance. This profile has CPU samples that come from DartVM initialization offering the first Flutter frame. The novel ‘Enhance Tracing’ feature will be leveraged to address debugging problems and UI junk curtailing from build, layout procedures. It will help developers to solve user interface issues. On enabling the tracing features, newer segments for rendering objects and building widgets will be included. Through the DevTools, developers can now select a similar user tag filter from available user tags for loading their application’s launch profile.

The newer version has enhancements to the application startup latency. These changes have reduced the startup latency for apps like Google Pay, heavily while operating on low-end devices. There are changes that influence Dart VM garbage collection policy and help in avoiding GC cycles while the startup sequence executes. Earlier, Flutter developers were having issues in performance traces due to Flutter loading the Dart VM’s ‘service isolate’. Now, with the latest release, it has split into its own bundle and can be separately loaded, offering a saving in memory. The pages having the file-backed information can be reused for other components.

The concurrency model of Dart has been revised and now there are Isolate Groups that will include different internal data structures of the existing program. This lessens the start time and the memory needs of different units. The Dart 2.15 syntax facilities dismantling the constructor. Earlier developers could utilize function pointers while working with libraries. Now, it will be easy to have column widgets.

The new release offers usage of Firebase from within DartPad with the assistance of the commencement of FlutterFire. FlutterFire is utilized by two-thirds of Flutter apps. There is core API, Firestore and authentication come along with Firebase support of DartPad. Firebase services are bound to increase, offering a lot of good offerings for developers. They will be able to use embedded instances of DartPad within their documents. The FlutterFire plug-ins are moving from a beta version to a stable one, for Android, iOS, and web. There are more libraries to create UI for authentication and live Firestore queries. The FlutterFire libraries are completely supported plug-ins that are all set for production usage. Firebase can be initialized on any supported platform from Dart. There is the availability of live Firestore query UI and newer Firestore Object/Document Mapping for Flutter in alpha mode.

The new release of Flutter has added a new list of packages that will be supported by DartPad. There will be further addition of packages. The latest version will facilitate developers to utilize the New Channel menu. There has been new support in DartPad for various Firebase services.

The new Flutter version offers an improved experience of platform views for the Flutter web. These platform views help developers in hosting native UI components in apps.  Flutter UI emphasizes the use of widgets that can host all HTML components within the web apps. With the incorporation of video_player or google_maps_flutter plug-ins, developers are directly using the platform views. Even canvasses that were used earlier can now be reused for other platform views. This will ensure cost savings for users. Users can enjoy a better performance by using the instances multiple times.

The new release is bringing along more chances of exploring Google Ads and Flutter Ads integration. There is support for 5 ad formats with an integrated backing for AdMob and Ad Manager. There is a release of Google Mobile SDK for Flutter generally available now. There is a beta version of a new mediation feature that can assist in optimizing ad performance.

Development Channels Can be Eliminated or Lessened Now

Channels were a regular for Flutter developers. Now, with the new version, developers can eliminate or lessen the usage of development channels. They need not spend a lot of time and effort on its maintenance now. There can be more focus on significant activities rather than spending time on channel management. Stable channels can be used for complicated issues with beta channels (fast channels) helping them. The master channel is the one meant for advanced development.

Yet another new release with Flutter 2.8 is WebView 3.0. This new release has added several features such as default hybrid composition, HTML loading from files and strings, support for GET and POST while content population, cookies writing before content loading, transparent background support, etc. The webview_flutter offers basic support for the newer web platform.

Till now, Flutter developers had to implement the UI for all the Firebase authentication functionalities. These components created new accounts, validated email addresses, reset passwords, verified through SMS, etc. But the UI had to be developed by them. Now, with the new release, the flutterfire_ui package will be able to offer a basic authentication experience with little code. There will be newer libraries that will help in creating UI for authentication and live Firestore queries.

Flutter has been more supportive of mobile and web app development. There are lesser features for desktop app development. But, with this release, there is more internationalization and localization support. There is the availability of Windows accessibility integration and enhanced support for visual density with other additional features.

As we move onto the new year 2022, the versatile Flutter framework and its latest release are in the limelight again, for obvious reasons. Multiple organizations are leveraging the potential of Flutter – Google Pay, Dream11, BMW, Alibaba, Greggs, eBay, Philips, Google Ads, WeChat, and many more.

The newer updates and features in Flutter 2.8 have attracted developers since its main goal is all about enhancing the mobile performance area and expansion of performance boosters. Users are about to witness some really good work with Flutter app development. Only time will tell! 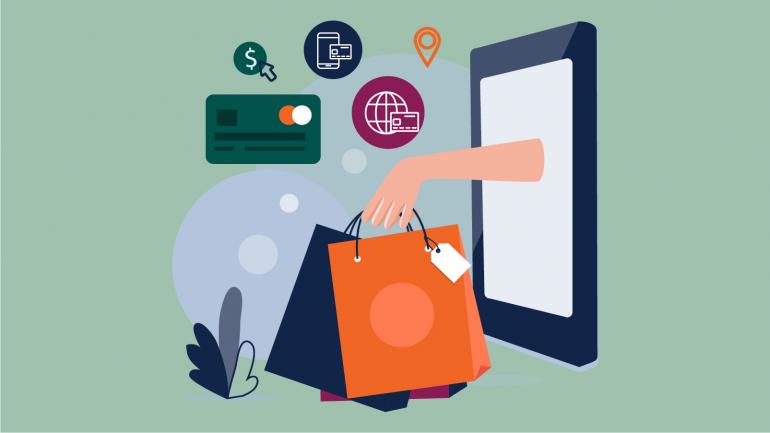 Why Learning Hadoop Is The Right Move?