HomeAll PostsTravelCar Trip to Faro: Where to Go and What to See?

Car Trip to Faro: Where to Go and What to See?

More and more travelers prefer a hire car to travel around Faro. Indeed, it’s the right choice, because the car allows you to see much more, while reliable providers like Zitauto Portugal will make your trip easy and worry-free.

Faro is a fairly large European city, which every year attracts more and more guests from all over the world. This is not surprising – its sights will give you a lot of unforgettable sensations. In addition, in Faro, you can combine sightseeing and beach holidays. Of course, if you are traveling by hire car.

Many architectural buildings, historical buildings, picturesque places, distinctive streets – there’s something to see there. We have prepared a list of the best places in Faro and its surroundings that are definitely worth your visit… 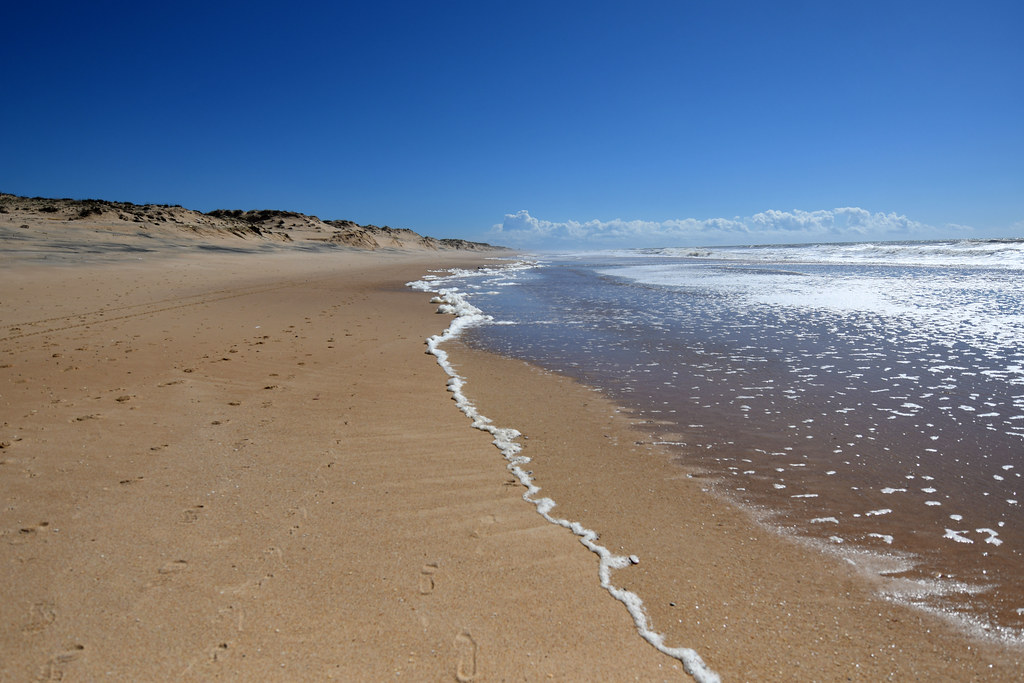 Praia de Faro is a spacious beach located not far from the city airport, 10 km west of the Old Town. It’s a narrow strip of land, so you can easily get there with your hire car. The infrastructure of this place is rather impressive: there are showers, sun loungers, as well as many shops, bars, and restaurants.

Praia de Faro is very popular: it provides an impressive swimming and sunbathing area, so even at the peak of the season, you will be able to find a comfortable place to relax there. The fans of water sports will also have a great time: in the waters of the lagoon, you can’t only swim in peace, but also ride a boat or quadricycle. Animation and a variety of sports activities will enrich your holiday on this picturesque beach. 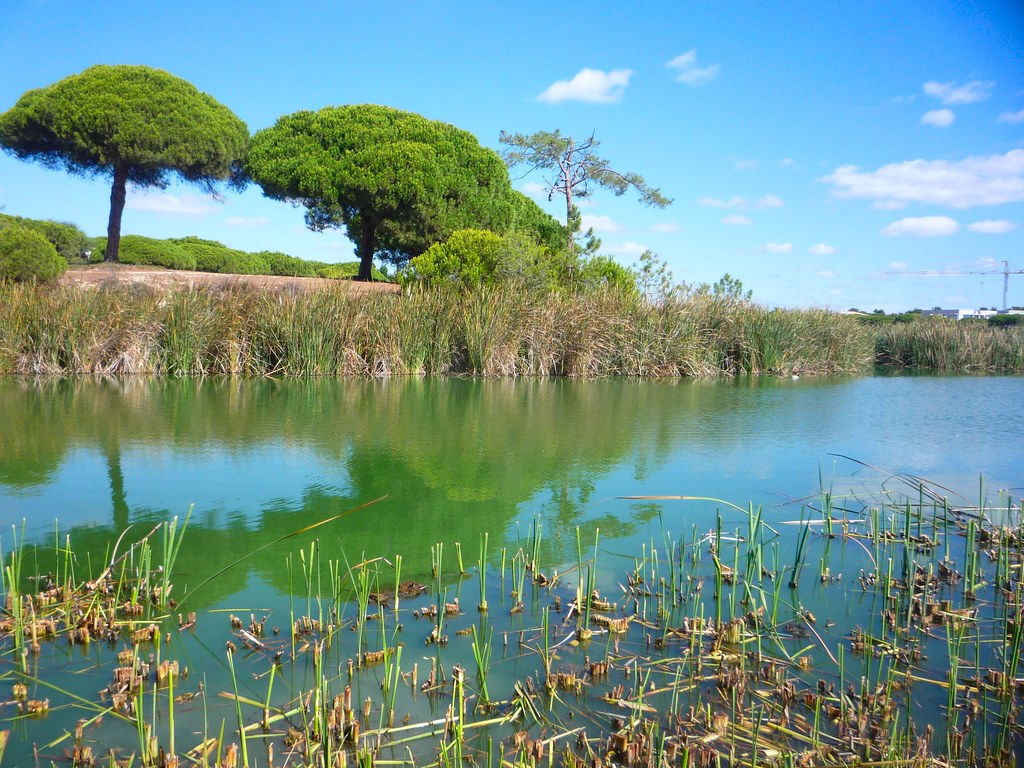 When traveling between the ocean and the city streets in a hire car, you will surely notice the unique natural park called Ria Formosa. If you look at it from the observation deck, it may seem that it’s an archipelago of islands. In fact, the park is a land area separated by lagoons and salt lakes. Only straits connect the Ria Formosa with the open ocean.

Covering the area of ​​170 square kilometers, it stretches for 60 kilometers along the coast to the town of Tavira. The islets are inhabited by several species of animals, birds, including pink flamingos, and in the off-season, the park serves as a haven for migratory birds, attracted by the abundance of fish and insects suitable for feeding.

The lakes of the park serve as a source of sea salt, and shellfish grow in the lagoons. There are several aquariums with marine life on the territory of Ria Formosa, which you can also observe. 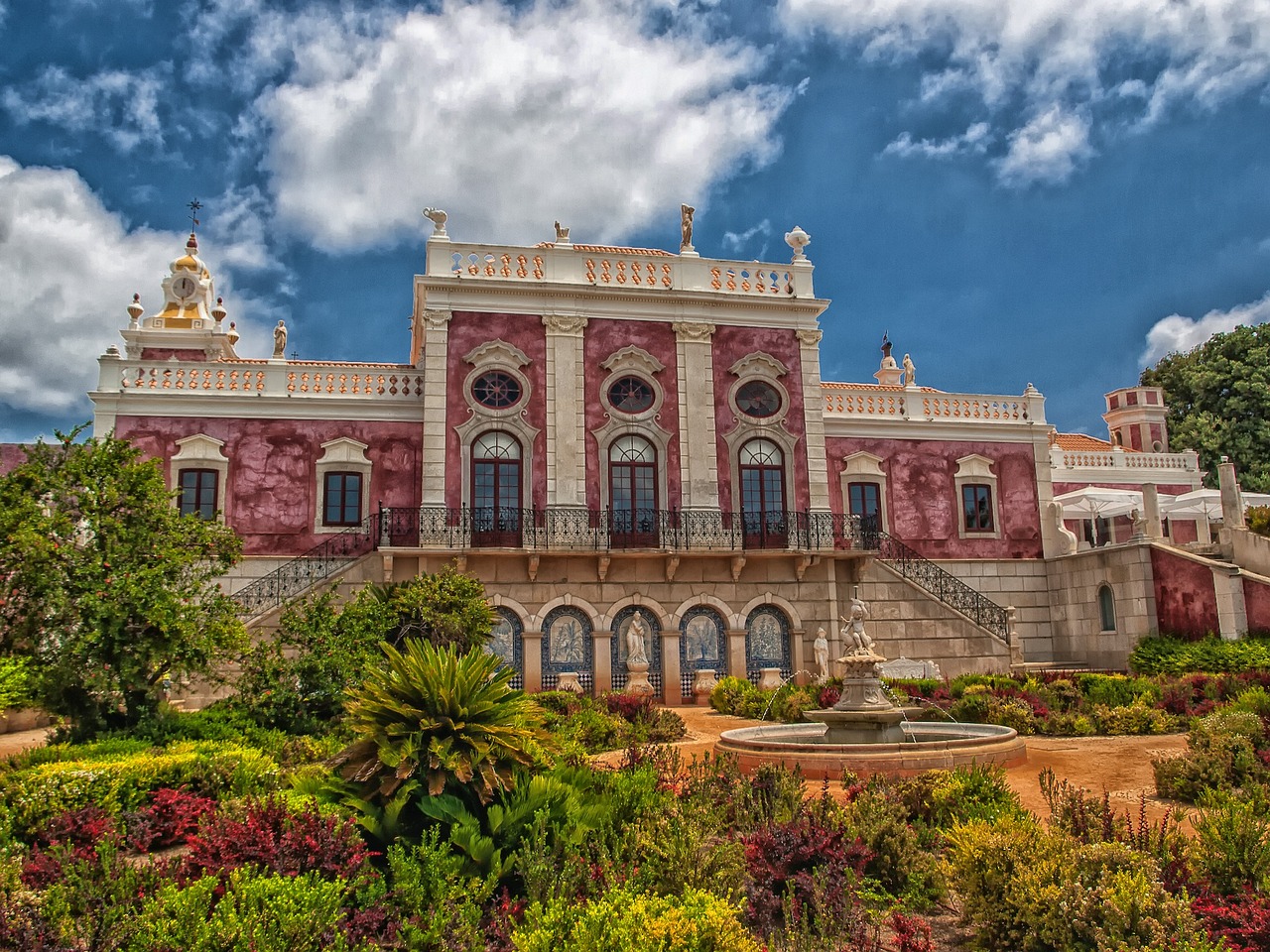 With a hire car, you have access to many more attractions located outside Faro. For example, the Estoi Palace. Built in the 17th century in Estoi, 8 miles away from Faro. It’s made in the Rococo style, which was quite rare at that time. This makes the value of this architectural masterpiece only higher.

Distinctive features of the Estoi Palace are magnificent gardens, unique sculptures, tiled paintings, and ancient Roman columns. The lower terrace of the palace gardens features a white and blue-tiled pavilion with a copy of the famous sculpture ‘The Three Graces’ by Antonio Canova.

The upper terrace has a stained glass windows, graceful nymphs, niches, and fountains. Inside the Estoi Palace, you can see a collection of antique furniture, various interior items, and paintings. The interior of the palace is truly luxurious. It combines beautiful stucco and pastel colors. 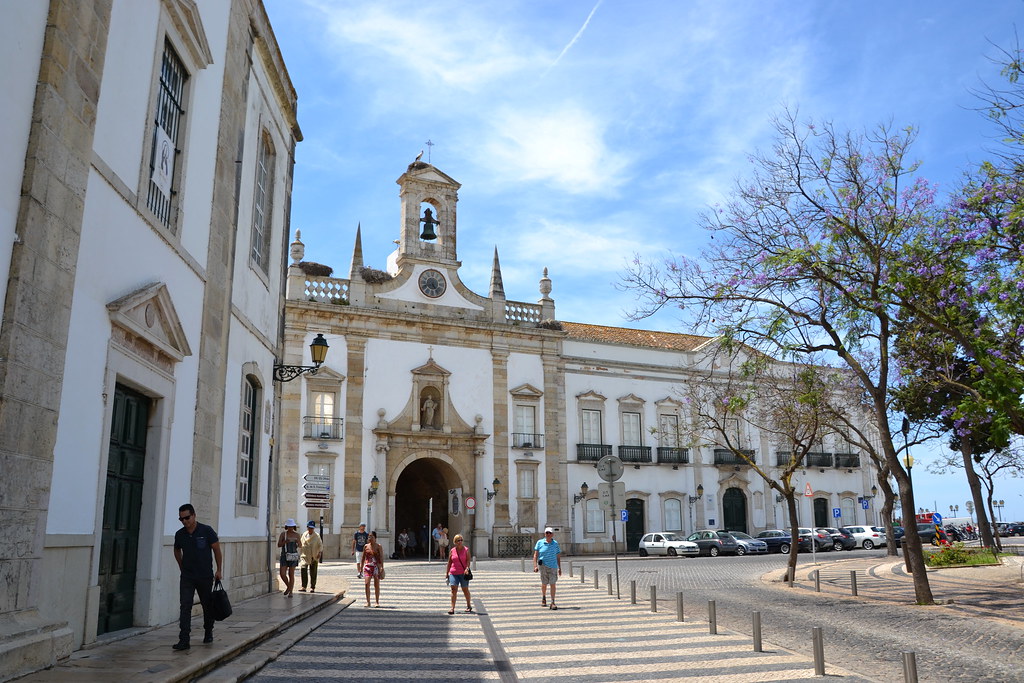 The entrance to the Old Town of Faro features the old town arch, Arco da Vila. This is a great example of the architectural style of the iconic buildings here.

The arch was built above one of the entrances to the city on the initiative of Bishop Francisco Gomes do Avelard in 1812, and the author of the project was the Genusian architect Francesco Saverio Fabri. The arch of the Arco da Vila has a semicircular shape with the Ionic columns and an Italian marble sculpture of the patron saint of the city of Faro – Thomas Aquinas.

The culmination of the composition is the pediment, which turns into the belfry. Clocks, balusters, and urns on the edges of the pediment give it a noble look. 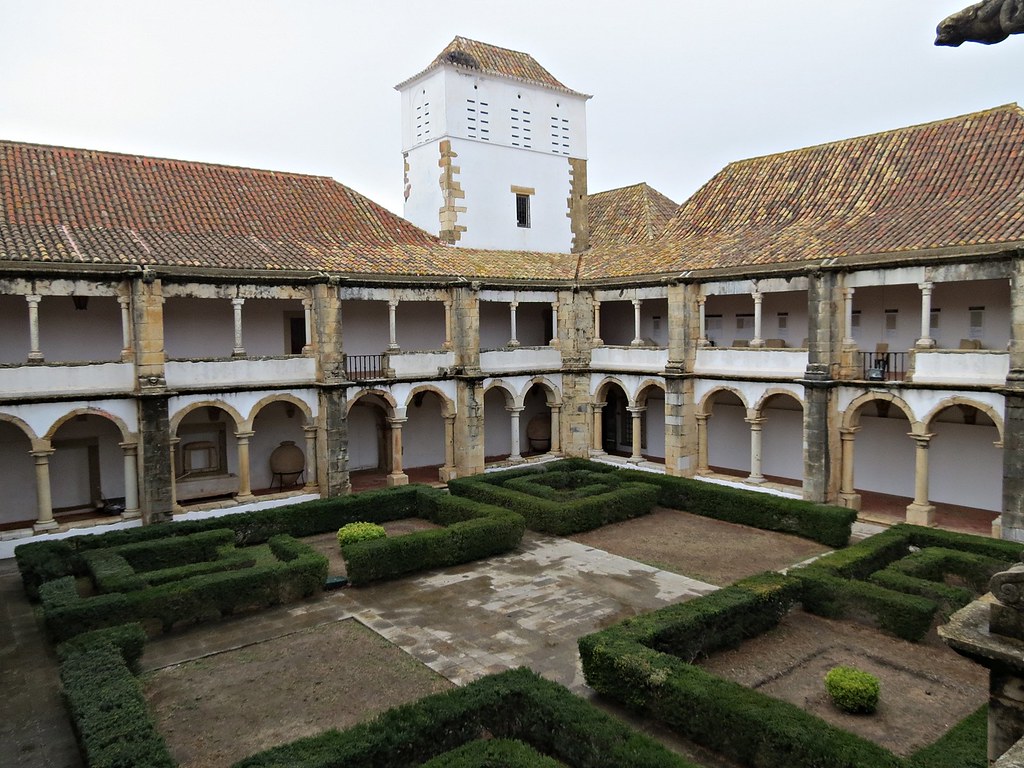 Faro Municipal Museum is the right place to go in a hire car. Located in the historic part of the city, it’s one of the oldest museums in the Algarve allowing you to learn more interesting facts about the south of Portugal.

Its opening took place in 1894 and was timed to coincide with the 500th anniversary of the birth of Henry the Navigator. In 1969, the museum moved to its current 16th-century building, formerly owned by the Nossa Senhora Assuncao Monastery.

Part of the museum’s collection dates back to the Roman period. Here you will see several stones with engraved inscriptions. Also, there is a couple of marble busts – the ancient Roman matron Agrippina and the emperor Hadrian. The rest of the exhibits are mostly works of the religious arts from Faro and its surroundings. 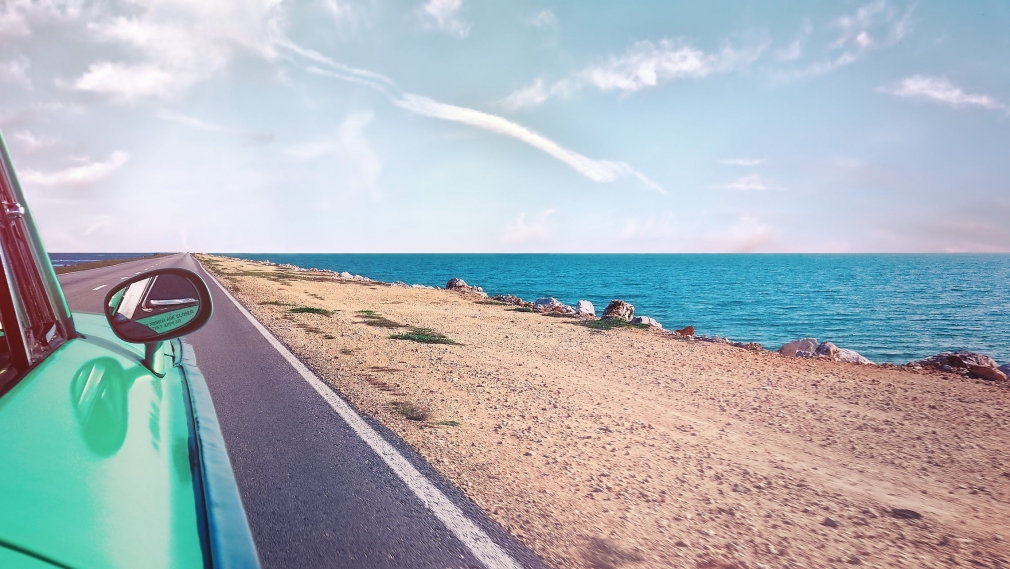 5 Tropical Destinations For Your Next Family Vacation